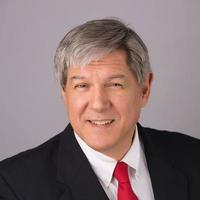 Serge was born in New Haven on March 30, 1960 to the late Serge and Elizabeth (Chornock) Mihaly. He was a graduate of Trumbull High School class of 1978 and graduated Yale University in 1982 where he earned a B.A. in American History. He also earned a M.A. in Teaching from Sacred Heart University in 1987 teaching for approximately ten years in Waterbury, New Haven and Shelton. He also studied Accounting at Sacred Heart University, Labor Studies at the University of Wisconsin at Madison, writing at Long Island University and Special Education at Southern Connecticut State University. He had self-published two books one of which was on 9-11 and was currently working on another book on history.

Serge was a lifelong member of St.  John the Baptist Carpatho-Russian Orthodox Church on Broadbridge Avenue in Stratford, CT, the Boone and Crockett Club, the Ruffed Grouse Society, the NRA, Ducks Unlimited, the CCDL and was an Associate member of the New England Outdoor Writers Association (NEOWA). He was a registered Republican, had worked on several State and Federal political campaigns and ran for the State Representative seat for the 85th District in 2016.

An athlete, Serge was Tri-Captain of the 1977 Trumbull High School Football Team. This 1977 Team was the FCIAC Champions and Class LL State Champions. It was ranked #1 in the State and New England. Serge earned First Team All-FCIAC, First Team All-State and New Haven Register First Team All-State recognition. He played college football at Yale University and was one of only two Ivy League players selected unanimously for the 1981 All-Ivy team. He was a member of the only Yale team to have beaten all three military academies and only the second team in Yale football history to win three consecutive Ivy League Championships 1979, 1980 and 1981.

Serge enjoyed hunting, shooting, fishing, and any time spent in the woods and with family. He mentored many youths while teaching and coaching multiple sports.

A Requiem funeral service will be celebrated on Thursday, October 31st at 10:00am in St. John the Baptist Orthodox Church; 1240 Broadbridge Avenue, Stratford. Interment will take place in St. John’s Cemetery Stratford. Friends may greet the family on Wednesday from 4-8 PM in St. John’s Church, with a Panachida at 7:45 PM.

The Adzima Funeral Home 50 Paradise Green Place Stratford has been entrusted with the funeral arrangements.

In lieu of flowers please make donations to the Mihaly/Chornock Scholarship fund or to St. John’s Church.